About the LCU Library: Trailers 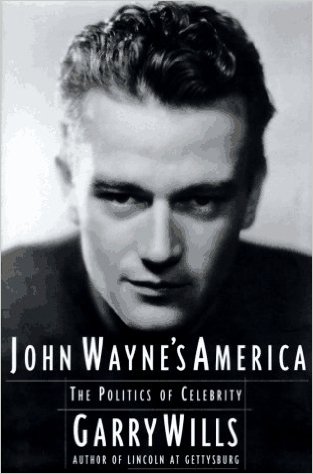 John Wayne’s America: The Politics of Celebrity
Call Number: PN 2287 W454 W56 1997
The best-selling author of Lincoln at Gettysburg explores the life and times of John Wayne and his legend,  explaining how the man, Marion Morrison, became a myth and how that myth shaped Americans' political  attitudes and ideas. 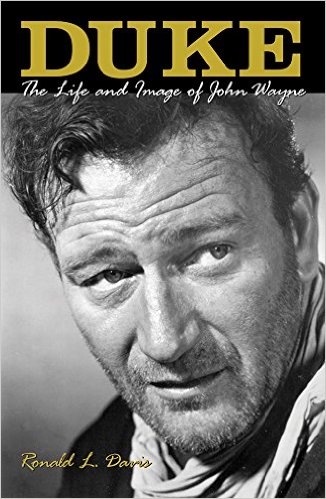 Duke: the Life and Image of John Wayne
Call Number: PN 2287 W545 D38 1998
Traces Wayne’s story from its beginnings in Winterset, Iowa, to his death in 1979. This is not a story of instant  fame: only after a decade in budget westerns did Wayne receive serious consideration, for his performance in  John Ford’s 1939 film Stagecoach. In all his films, whatever the character, John Wayne portrayed John Wayne,  a persona he created for himself: the tough, gritty loner whose mission was to uphold the frontiers--and the  nations--traditional values. 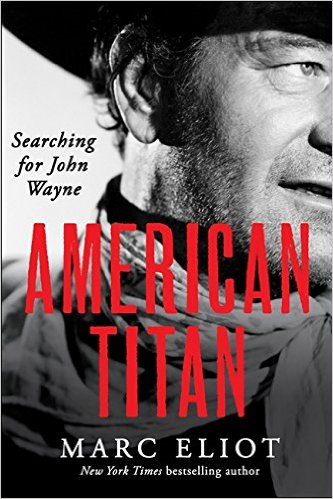 American Titan: Searching for John Wayne   Call Number: PN 2287 W454 E55 2014  Eliot pays tribute to the man and the myth, identifying and analyzing the many interesting contradictions that made John  Wayne who he was: an Academy Award-winning actor associated with cowboys and soldiers who didn’t like horses  and never served in a war; a Republican icon who voted for Democrats Roosevelt and Truman; a white man often  accused of racism who married three Mexican wives. Here are stories of the movies he made famous as well as  numerous friends and legendary colleagues such as John Ford, Maureen O’Hara, Natalie Wood, and Dean Martin. 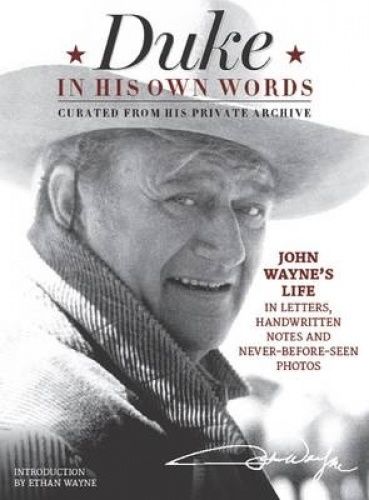 Duke in his own words
Call Number: PN 2287 W454 2015
The John Wayne archives boast thousands of never before published letters to and from fans, celebrities, and  heads of state, Presidents and many others. John Wayne left a legacy as the quintessential American and  leading man - one that we may never see again.